Educational Books About Cannabis Every Entrepreneur Should Read 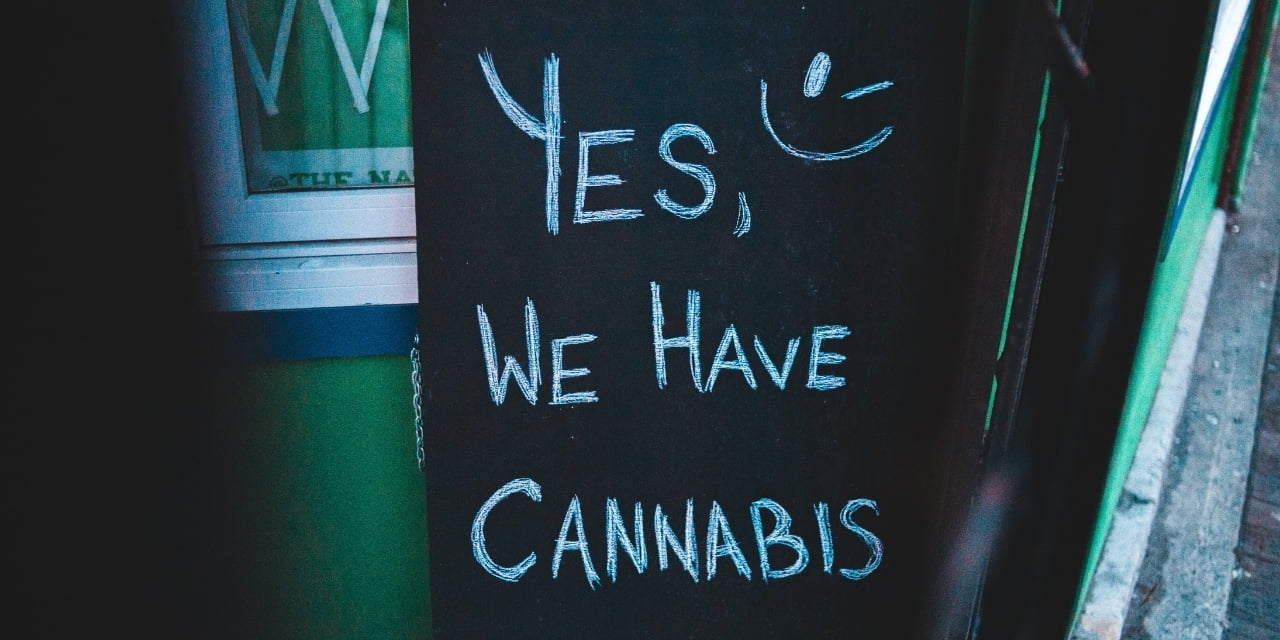 Financial literacy could not come without effort. Each successful deal requires the number of skills and knowledge that both ordinary learners and whizkid require. On the condition that you desire to reach the top of the tree in this area, there is a compilation of cannabis business books that exactly deserve your attention.

What Books Should Every Cannabis Grower Read?

Of course, the most important thing for each entrepreneur who pretends to become a highly respected moneymaker covers two integral parts. The first one is the deep understanding of product creation and the care process. The second point is supposed to be the awareness of market specialties in particular fields and the basic conceptions of getting profits.

The cannabis business books we suggest reading open the cannabis marketing essentials of how to implement your plans, even if you are a newcomer in the industry of its distribution. 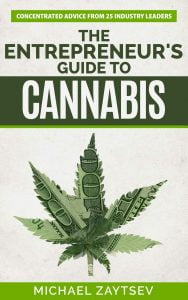 The Entrepreneur’s Guide to Cannabis: Concentrated Advice From 25 Industry Leaders by Michael Zaytsev

The book is suitable for the people who have recently started making businesses connected with cannabis and have a fear not to put all their eggs in one basket. The author, Michael Zaytsev has selected a variety of big bananas, who gives precious recommendations on how to make the idea come true.

For example, by scrolling the pages you may get acquainted with the tips from such market leaders: Steve DeAngelo, Ethan Nadelmann, Scott Reach, Cy Scott, and Betty Aldworth.

By the way, the same writer offers the upgraded version of the same book. It is called “The Cannabis Business Book: How to Succeed in Weed” according to 50 Industry Insiders”. It is the expanded edition with maximum clues to take notice of. 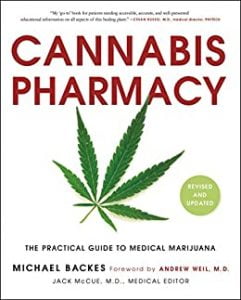 According to the name and hence the content, the author tends to describe and support the importance of cannabidiol as the substance which works as a cure for different illnesses common for people.

Giving a great number of arguments and exemplary stories that many patients experience, he scientifically proves the efficiency of cannabis to handle disturbing diseases. It is a kind of educational source for marijuana growers, consumers, critics, and of course professional traders.

The more we inform people about the novelties and up-to-date approaches, the better and more loyal our attitude becomes. It is normal because the only way to eradicate some old-fashioned vision is to support the idea with numerous advantages.

The suppression of any probable preconceptions and doubts concerning treatment thanks to cannabis is what we expect after reading up to the end.

Among the problems the writer has mentioned, we may see related to the following ones: connected with memorization, the inner misunderstandings with a desire to eat, or some kind of emotional differences, etc. By various benefits of taking cannabis, Michael Backes bears in mind its relevance and scientific application importance. 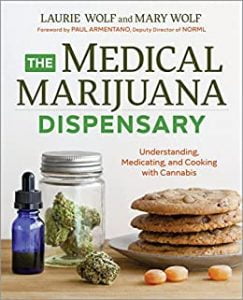 The book is supposed to be the one contrary to the unsubstantiated texts, which tend to mislead a reader concerning medical and non-medical marijuana participation in treatment.

There are many arguments concerning trying this kind of experience, which bestows the information consumer with precious cannabis guidance.

Thanks to such awareness and possible findings, he could easily decide if he needs it or not.

The facts are trustworthy because of the proof from the highly-respected experts of NORML (National Organization of Marijuana Laws).

When we delve into the content features, the authors inlay people submitting some significant facts to get acquainted with. It makes sense on the condition that you consider taking marijuana for healthcare or recreational purposes.

By the way, the authors Laurie Wolf and Mary Wolf are the owners of a company called “Laurie&MaryJane”, which is one of the top foundations in the cannabis field. It explains exactly why it belongs to the best books on cannabis. 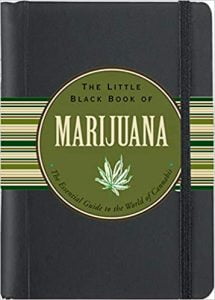 The Little Black Book of Marijuana: The Essential Guide to the World of Cannabis by Steve Elliott

It is supposed to be one of the briefest guides concerning marijuana development throughout the ages. Talking about the books on the history of cannabis and pot culture, this one shows and opens the main transformations of the advance as short away as it is possible.

Steve Elliot, who has gathered the information to share, reveals the most important periods and stages including the period from Herodotus to the current days, avoiding the extra circumlocution.

One more point in favor is some data about the process of growing, cultivating, and caring for the plants you would like to harvest. On condition that you desire to have your yield the first time, such a marijuana itinerary suits you perfectly, first, because of the concise submitting of content.

The same book tells about the practical application of weed, even in preparing some food to taste. It is useful to know because the author gives some practical pieces of advice on how to add weed to the meal.

In addition, the same edition includes the guidance connected with the legal or illegal policy of its application, and the special features and traits, that require to take notice of. 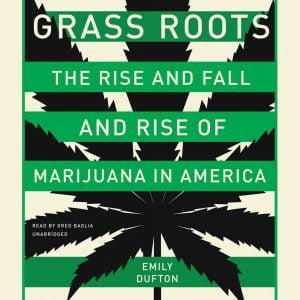 Grass Roots: The Rise and Fall and Rise of Marijuana in America by Emily Dufton

The historian Emily Dufton delves into the way marijuana has passed through ages to become in the appropriate level of perception as it is now. For instance, she describes the time forty years ago, when the majority of people were predisposed to show a cruel reaction to its participation in recreation.

The situation was changing gradually, with a great number of noticeable ups and downs. Without the lifelong efforts of many activists have made a profound effect on the field we examine, it would be impossible to use this kind of relaxation.

What has it meant? If they had not been making the turnover in the acceptance by society, we would not have such positive alterations these days. It is despite the fact, it was hard to swallow even for these movement coordinators.

Of course, the progress is obvious and pretends to blow a lot of minds, but despite making changes in the way the community has a much more loyal attitude, for now, the cannabis book author assumes, another counterrevolution could come up to speed. 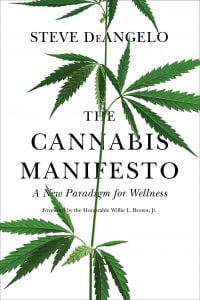 The Cannabis Manifesto: A New Paradigm for Wellness by Steve DeAngelo

The writer who has promulgated this book runs the medical cannabis dispensary simultaneously. He gives a hand to learn the ropes whether- somebody thinks about the responsible cannabis application for the various areas of life.

He reconsiders social justice and gives eye-opening information, even concerning the most contentious substances that are not under the legalization label.

The main goal and idea he comes up with are to destroy the majority of persistent myths around the preconceptions about cannabis application. It looks like a challenge that encourages people to use it responsively and purposefully, thanks to supporting such a vision with many vivid arguments and examples for confirmation.

By the way, submitting hippies as the exemplary social twist, he proposes some kind of indulgence to the way of recreation and treatment that has been used perhaps by half of the American population. According to this book on cannabis, that is one of the key reasons why he constantly stressed its desirability. 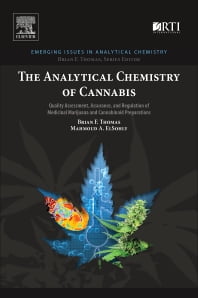 The Analytical Chemistry of Cannabis by Brian Thomas, Mahmoud ElSohly

The name of this book on cannabis just partly explains its vocation. Whether we talk about some labels around the quality point, it is worth holding back the standards for approaches, the growers and distributors prefer using.

The author suggests some sort of primer to control the cannabis life cycle from the time of its harvesting and up to the moment a potential consumer takes it. In case you desire to become a professional entrepreneur in this field, it sounds like a must to understand all these technological factors and features to provide the purchases with the perfect quality of the product they buy.

In addition, we may regard this large text as one of the cannabis breeding books, because if somebody mixes different sorts, it is also the process that calls for being careful and aware of each component’s traits.

This cannabis business guide helps to set the successful business in good faith and to overcome the plethora of prejudices accompanying the condition of oversight. 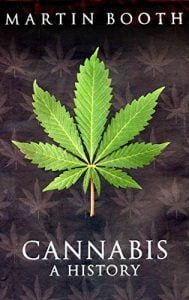 Cannabis: A History by Martin Booth

It has passed many years since the time it has turned up on the global counters. Whether we talk about this industry’s progress, it is worth knowing the way it influences the economy in the countries where the law regulations allow cannabis as the normal medical and recreational substance.

The bottom line needs the unfolded explanation on how it takes part in healthcare or feeling laid-back. The opinion of an expert named Martin Booth gives a hand to delve into these queries and even a few others. For instance, it explicates the way of enlightenment according to human beliefs.

At the same time, when cannabis tends to remain the topic for stable contentious discussion and perhaps even debates, this old hand who sits on the fence speaks his mind about the pros and cons of economic development thanks to cannabis total or partial permission. 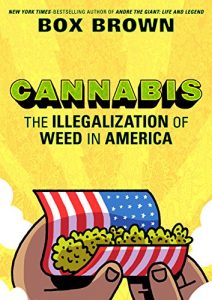 Cannabis: The Illegalization of Weed in America by Brian “Box” Brown

On the contrary to the book I have mentioned previously, the cannabis illegalization story by Brian “Box” Brown opens another side of struggling for its being accepted, not in the same attitude level as for heroin or some other dangerous drugs from this group.

In this historical work, the writer describes some challenging moments where the global community demonstrated the total refusal against the advantages we perceive normally now.

How have the regulators and lawmakers’ vision transformed thanks to scientific proofs? Seeing the noticeable alterations, for the time being, the awareness of the past is significant to acquire on the condition that you intend to set a little controversial deal to make a profit in the future.

Smoke Signals: A Social History of Marijuana – Medical, Recreational and Scientific by Martin A. Lee

The content of the cannabis business book prevails the information about its long path of transformation from the industry that was pushed away into the area of successful self-realization as the comfortably off-market leader.

This long-lasted way of causing alterations in the human vision of medical cannabis benefits took place in California in 1996, where the appropriate structures approved its efficiency and relevance of usage if we talk about causing the reliefs to the patients suffering from pain. That is the point we tend to emphasize, giving explanations to many laws supported by different governments.

As the critics and reviewers guess, this is one of the best cannabis books, suitable for various age groups and professional presenters, who have ever thought about trying this substance. 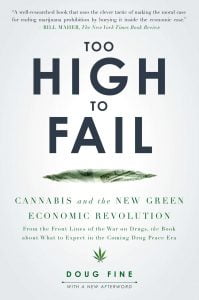 Too High To Fail by Doug Fine

As we suggest, the compilation of cannabis books each entrepreneur ought to add to the reading list. The last one tells the changes in the country’s economy which this crop culture revolution has caused.

Despite the unstable reputation throughout the times of association with heroin and the period when we normally perceive and respect cannabis medical achievements, the input in the financial state sometimes blows our minds with numbers of billions in revenues. The book presents the statistics in detail.

To conclude, regardless of the area you would like to reach the top of the tree, before working yourself into the ground, it is worth taking time for self-education and development. That is the way of improvement, that sometimes helps to create from scratch and keep up running a business with a successful marketing strategy. Teach yourself thanks to high-quality literature!